Kuba Płużek, born in Krakow in 1988, composer and jazz pianist. Studied at the Katowice Academy of Music (Department of Jazz and Popular Music). One of the most talented and innovative instrumentalists on the Polish music scene. He is creatively consistent and uncompromising, a visionary virtuoso who explores the world of sounds and the boundaries of harmony. Co-founder of many important and exceptional groups and projects, for which he often writes music. Kuba Płużek has recorded over 20 CDs, of which four are under his own name; three in a quartet composed of himself, Marek Pospieszalski (sax), Max Mucha (b), and Dawid Fortuna (dr) - ‘First Album’ (2014), ‘Froots’ (2017), and ‘Cereationism’ (2018) – and the solo album “Eleven Songs” (2015). Płużek’s second solo album, which was recorded at Snap Studios in London, premiered in late February, 2021. One of the main roles on this album is played by a magnetic resonator, which expands the performance and sonic capabilities of the piano.

Kuba Płużek was a finalist in the Montreux Piano Competition, nominated for a Fryderyk Award in 2015, and winner and finalist in the most important Polish and international jazz competitions. He has worked and performed with Janusz Muniak, Zbigniew Wegehaupt, Michał Urbaniak, Greg Osby, Jorge and Maikel Vistel, and Bronisław Suchanek, among others.

Read his biography in Polish 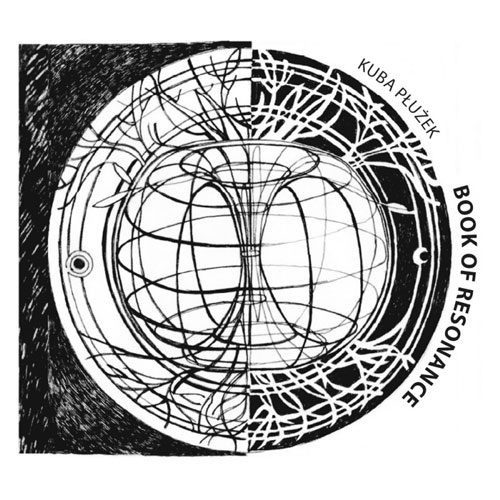 “Book of Resonance” is Kuba Płużek’s second solo album. This disc may be somewhat of a surprise for fans of the pianist’s previous work and… for piano-lovers in general. This is because one of the driving forces on the new album is a magnetic resonator, which expands the performance and sonic capabilities of the piano in an extraordinary way.

Its application makes it possible to to take piano playing into a new dimension. The magnetic resonator causes the piano to emit a sound which, in a certain sense, is comparable to that of a synthesizer. However, the sound that is achieved is 100% acoustic. The principle on which it works is simple – magnets hanging over the piano’s strings interact with them, which causes the strings to vibrate continuously. “This technique opened completely new possibilities for me.” – explains Płużek, “The classical approach to the instrument doesn’t allow for creating sounds like these. What’s more, using a resonator carries with it the necessity to relearn playing the piano” – the musician adds.

Thanks to this unorthodox treatment of the instrument, its sonic capabilities gain a fresh and eccentric dimension. Yet it’s not technique that is the main feature of “Book of Resonance”. An array of traditional themes, drowned in a sea of improvisation and driven by an unconventional playing technique, makes this album not just a conscious experiment with - and revision of - the classical approach, but primarily a journey through an atypical world of piano sounds, as well as a tale of an artist’s relationship with his instrument.

In this dialog, each and every tone and detail has its own meaning, and the creative process itself is of equal importance to the work that results from it.