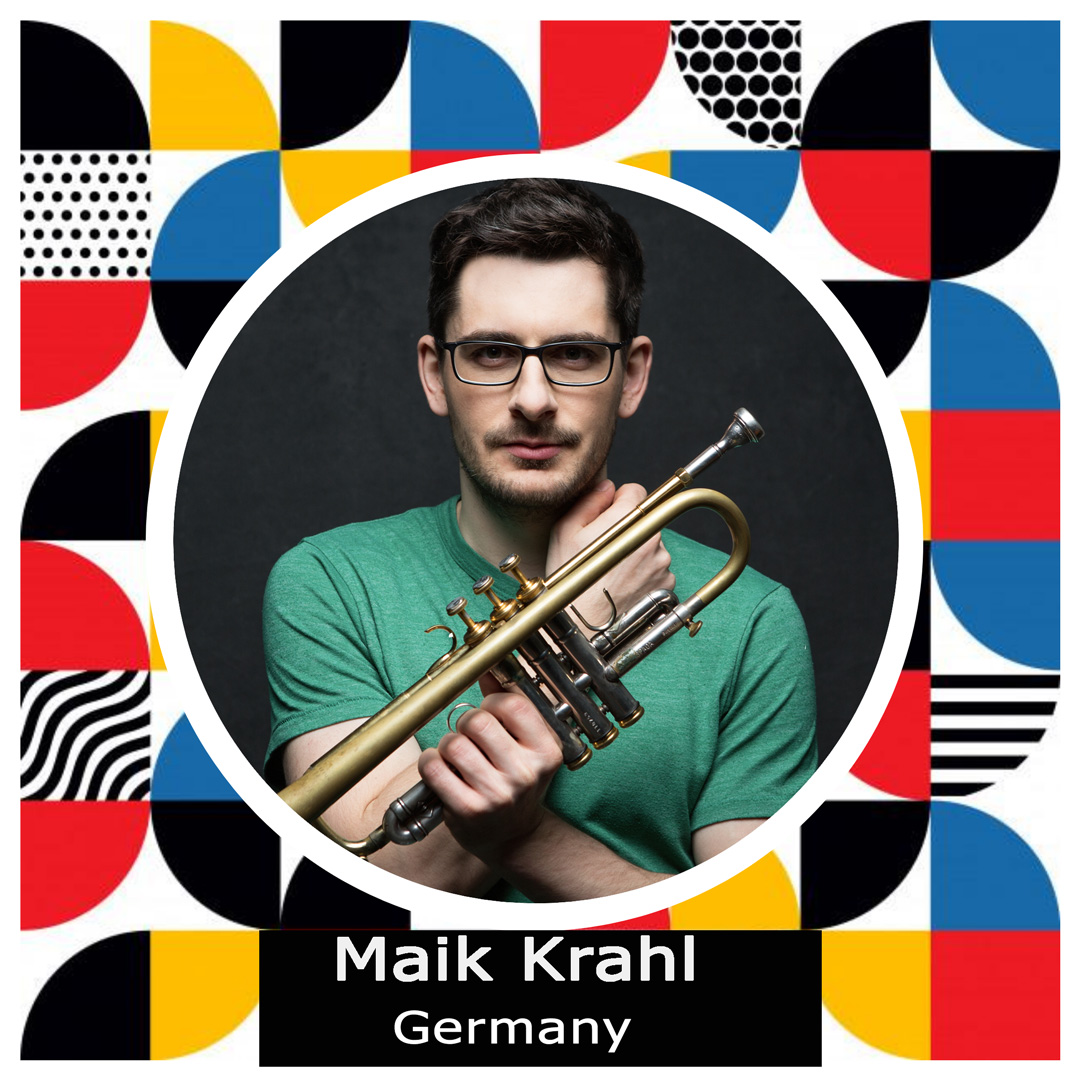 Born in 1991 in Bautzen, Maik Krahl started playing the trumpet at an early age of being just eight years old. After studying Jazz at the Carl Maria von Weber Hochschule in Dresden he started a Master of Music Jazz Improvising Artist at the Folkwang Universität der Künste Essen. His most influencing teachers were Till Brönner, Malte Burba and the American Jazz trumpet player Ryan Carniaux..

Besides playing with his own band, you can hear Krahl regularly with the quintet Unit 5, which won the Jazzstipendium jazz@undesigned in 2018. Furthermore, he is a steady part of the Subway Jazz Orchestra in Cologne. With this big band he recorded three albums—Primal Scream (2015), State of Mind (2016), and Richbeck Suite (2018)—so far.

His current album "Fraction" was released by Challenge Records in 2020.

Besides working as an artist, Maik Krahl teaches trumpet at the Offenen Jazz Haus Schule in Cologne.